NEWS & PRESS Lubert-Adler is active across property types and regions 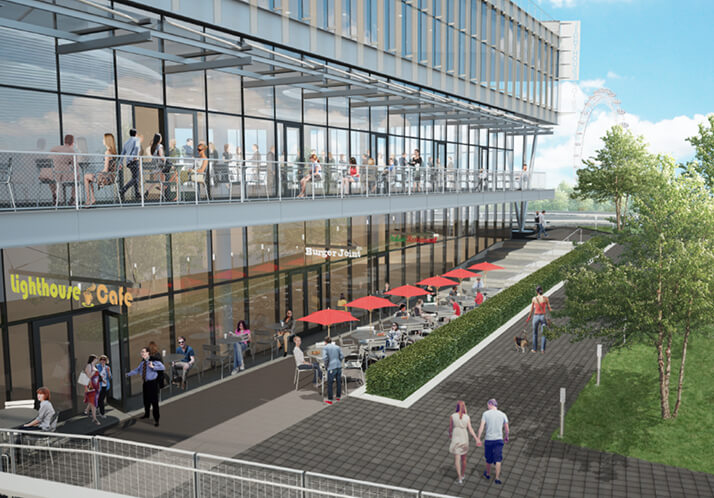 Lubert-Adler and Triangle Equities have secured $29 million in construction financing from Citizens Bank to help finance the first phase of the transformative Lighthouse Point development a $200 million, mixed-use project on the St. George waterfront in Staten Island, New York.

The project will be financed through a partnership of private and public sector groups. In addition to the $29 million construction loan from Citizens Bank, there will be $30 million of construction loans and tax credit equity from the Goldman Sachs Urban Investment Group, $16.5 million from Empire State Development, $6.2 million of capital from New York City, along with joint venture equity from Triangle and Lubert-Adler.

Construction of the first phase of Lighthouse Point began in late 2015 and is slated for completion in 2017. Lighthouse Point will participate in HireNYC, a local jobs program and is expected to create 226 permanent jobs and over 400 construction jobs.